Writing something to do with this game may prove to be a little difficult, only because I have no idea what I’m going to talk about topic-wise. I played this game on a whim to give it a go back in 2016, and I wish I played the other two games before it. The game I’m talking about is Killzone 3. I actually really enjoyed this game, and I really should get the first Killzone on PS2 sometime soon.

Killzone 3 is a first-person shooter video game released back in 2011. Developed by Guerrilla Games, the game received positive reviews and was an acceptable fourth installment in the series. I don’t really remember the story though, to be honest. I’m not sure how it links to the other games either, but I’ll carry out some research and post a little about it now because I like to be nice and provide knowledge to you, the reader. 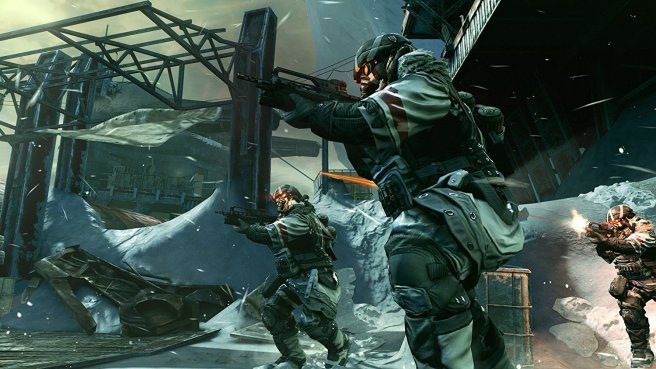 So, in the game, the protagonist, Tomas Sevchenko, and Rico Velasquez try to escape the cruel and unforgiving world of Helghan, which served as a chemical depot for the governments of the ISA. The environment of this world caused humans to die or physically adapt, and the ones who did physically adapt (and who became non-human, the lucky sods) became part of the Helghast race. Also, their leader dies, so they don’t like that very much. The ISA forces are desperately trying to leave the planet because the Helghast are trying to kill them or something bad like that. So, I don’t blame them for trying to escape, to be honest. I’d probably try to escape if there was a whole race trying to shoot me.

I remember enjoying this game though, it’s just a shame that I don’t really remember the game. Maybe it’s because I didn’t play the other games in the series first, or maybe the game itself is at fault. I did see that a lot of fans say that the story sucks, but I guess opinions differ depending on the player.

The developers Guerrilla Games, developed all five of the Killzone games, and also Shellshock: Nam ’67 and none other than Horizon Zero Dawn (which I still haven’t played because money sucks). Which is pretty cool. I had no idea that those games were all by the same team. You learn something new every day.

Now, what on earth do I write the rest of this post about? War? Plantation taking over the world? The war between humans and plants? Well, since this is a post about a game with a lot of weapons, let’s take a look at the weapons and do a weapon encyclopedia. It’ll be fairly short, mainly because weapons aren’t my biggest interest. But I’m sure it will be a nice little insight. 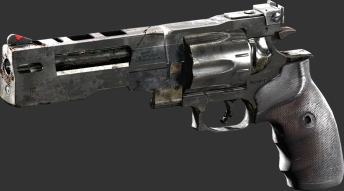 This gun is a standard-issue sidearm for the ISA Marines and is designed to be reloaded quickly and used accurately in combat situations. The gun is powerful at short range but is pretty weak otherwise, and is fairly low in ammo capacity as well. The gun is also a little slow when it comes to reloading, so don’t expect accurate shots from long distances, however, it is good for closer ranged headshots. If you wanna suddenly kill some dudes with two bullets to the head in multiplayer, this isn’t a bad gun for it. 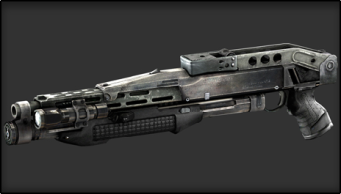 You really can’t go wrong with a shotgun. They’re pretty fun to use and blast people with (boy, I’m really sounding like a murderous psycho now). This particular shotgun, also nicknamed ‘Lucky Strike’, is one of the more efficient weapons you can equip yourself with. Even though the reload time is long, you can kill multiple times before needing to do so, as long as you use it at close-medium range, of course. In the game, this gun is used heavily by both the ISA and the Helghast, which is a shame, because frantically using a shotgun to try to shoot someone else who also has a shotgun can be fairly frustrating.

Don’t miniguns just make you feel so powerful? I know they make me feel powerful. When this gun is mounted, the ammo is infinite, but when you (somehow) carry it with you, it has a maximum round capacity of 300. Which, I admit, I go through almost immediately because I’m having too much fun. It has a high fire rate and inflicts very high damage, so, you can basically shred everyone around you instantly. It does take a second or two to start up though, so try and be as tactical as possible I say. Also, you can’t really perform melee attacks while carrying it, which is too bad, I’d love to see a few enemies trying to kick each other under the weight of that gun.

I can’t write a post like this without including a sniper rifle. The VC32 is a modified version of another rifle in the series, with changes to the scope and the power. This makes it, unsurprisingly, a deadly and accurate weapon, used majorly for long distance shooting. The downside is that if you want to be extremely accurate, then you most certainly have to use the scope, and you have to fire at the torso or head if you want the shot to be lethal. The rifle, therefore, has a slow rate of fire and a limited magazine capacity, which isn’t really much of a surprise. But if you’re someone who has an undeniable skill, then, by all means, hide away and shoot from as far away as possible. 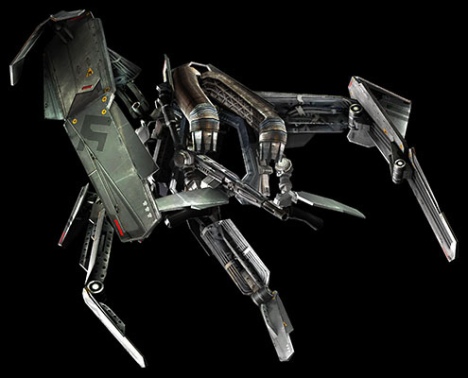 Last but not least, I just wanted to mention this jetpack. A very exciting jetpack. Yes, you heard me. A jetpack. I wish I had a jetpack. In the game, it’s useful in both multiplayer and singleplayer modes. You can boost and fly and then float down towards your enemies, and then use the attached heavy machine-gun to blast their heads off. I like it because you can fly. I recommend the jetpack.

-and I mean, look at these two pictures. You know you want one, too. 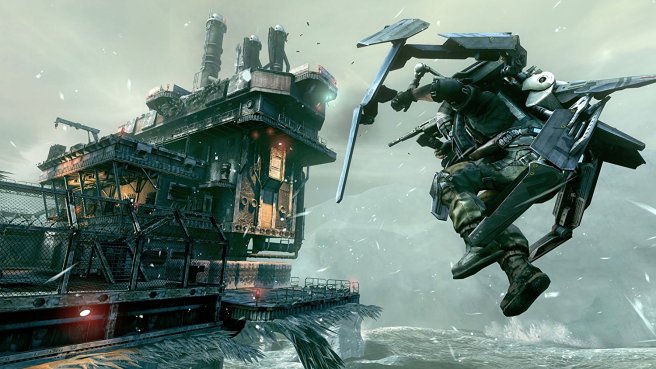 Thank you for reading and Happy Gaming!