My previous post that featured horror games is actually one of my more popular posts, so I figured, hey, why not do another post on horror games even though you never play horror games? Great idea if you ask me. But, this post will also be tailored towards people who like non-English titles (as in, created by people where English isn’t their first language. Since everything is translated nowadays anyway), or towards people who are studying languages (like me) or just like to experiment and be open-minded (I like those people.)

So, let’s begin and take a look at what I found.

The first game I stumbled upon is a Swedish horror game inspired heavily by Swedish folklore. First of all, this what I love about Scandinavian games, I swear they just try and fit in some folklore at some point, and I don’t blame them. It’s interesting, fascinating and downright awesome. (Also the studio that made this game is called Angry Demon Studio. I’d like to know why they have a demon, and why it’s so angry.)

Back to the game though. This game, in particular, is a first-person adventure that uses the folklore and mythology to scare your nuts off. There are a bunch of famous creatures from Swedish folklore, that have haunted real-life children for decades. The game is noted to have a great atmosphere, great music, and a great story. So, overall, it seems great. I also read that it’s not full of jumpscares and puzzles, which is something I like. It sounds unique and it seems like there’s a lot you can learn and take from this game. I hope I can play it someday, but to be honest, I think it would give me the willies.

Even though I love Asian games, I don’t know that much about the Asian horror market. What I do know if that there are quite a few that seem to be set in High Schools, but I mean, schools are creepy, I’ll give them that.

This game is a Korean title from SONNORI Corp, which follows the story of student Hee-Min Lee as she braves the horrors inside of the school. He slips into school one day to hide a box of sweets for a girl that he likes, but then he suddenly gets trapped (that’s what kindness does to you) and is locked in the school with goodness knows what (well, a ghostly dead janitor apparently).

Apparently, there are lots of puzzles, multiple endings, and difficulty levels which change how scary the game is. The reviews of the game are quite varied, but overall it seems like a decent title, and definitely something you should check out if you like this style of game.

The Town Of Light (Italy)

I had actually heard of this game before I was doing research, so I’m not sure if it’s one of the more popular titles or not, but it does seem to be getting a fair amount of good reception. Developed and published by Italian developers LKA, this game is set in a hospital in Tuscany, Italy. You play a 16 years old girl called Renee, who was a patient at the hospital in the 1940s. You explore the world around you and relive the history of the main character and her confusion of the world.

What’s interesting is that the story can develop in different ways and that the story is actually based on real facts and events, and horror games are always scarier when they’re supposedly based on true stories.

Also, this game supports VR. So, if you really want to be transported to the first half of the 20th Century to a place that actually existed, then this is your chance.

Now, this next game’s design (from Singapore developers Gattai Games) looks so amazing.  You see and hear your enemies through your microphone input. Yep. You heard me correctly. This is a game where you use ‘echolocation’. You create sound waves to reveal things. How rad is that?!

The sounds made by your in-game character and yourself reveal objects, however, by doing this it also makes enemies and creature aware of you, which is downright terrifying in my opinion. You have to make the choice of being quiet and staying hidden or making noises to progress (of course, you don’t have to make noises. You can bind it to a key if you want instead. But where’s the fun in that? I want my neighbours to think I’m crazy.)

This game follows the story of David Ridley, whose memories of trauma are turning his world into darkness. The developers of this game previously also made a game called Lurking, so if this style of game appeals to you or you want to try something new, then I suggest you check them out. 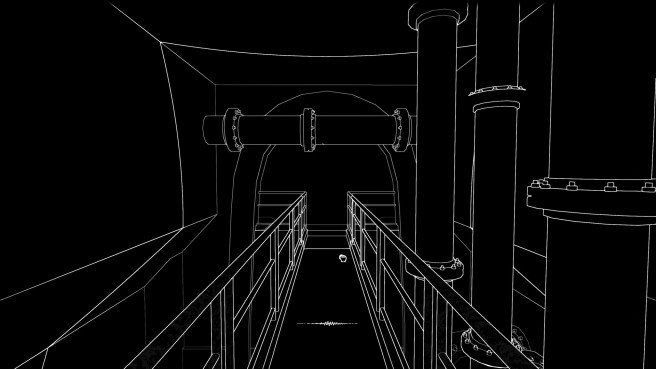 Among the Innocent: A Stricken Tale (South Africa)

Then we have the walking simulators of horror, although I believe that this is more of an adventure thriller game. Plus, there’s also point & click aspects, so it’s not entirely a walking simulator. I read that this is basically a ‘spooky adventure game’ with puzzles rather than a thrilling game with jumpscares, so that makes a nice change. The aesthetic of the game is inspired by horror though, as is takes place on an abandoned farm in the eastern Free State in South Africa. And nobody likes abandoned places.

The game follows struggling writer Peter York who becomes trapped in this place and has to confront a dark history in order to have his freedom. Your character is dealing with pain and loss, and you’ll be engaged in a story which spans multiple decades.

This game is the first of five planned instalments to the series, so I think it’s worth keeping an eye on (or two). 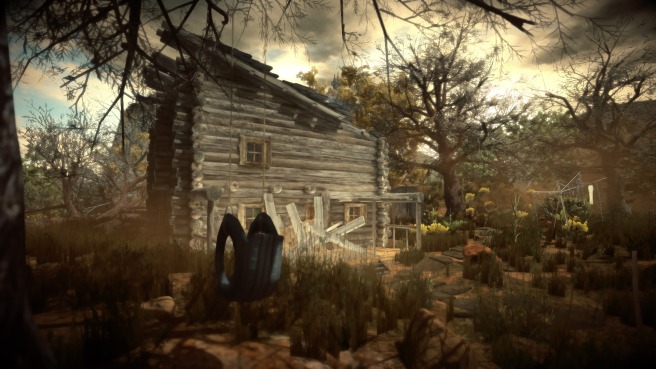 Doorways is an episodic first-person horror game, filled to the brim with horror and atmosphere. Again, this is a game that doesn’t seem to focus on jump scares but just makes you feel more and more uneasy as you progress. So that’s lovely.

You play as Thomas Foster, a special agent who has to find and track down four psychopaths. I always wondered what it would be like to have that kind of job, and now I can experience it virtually. The best chapter with the highest reception seems to be Chapter 4: Holy Mountains of Flesh (which is a great name for a chapter, by the way). All of the chapters are available in English and Spanish, so if you’re learning Spanish and like horror games (and tracking down mean people), then perhaps you should give this game a go.

So there are some horror games that I stumbled upon this morning! I really enjoy looking around and searching for games like this, it really makes a change and some of them are really really awesome. Especially ones that incorporate history and mythology into them, I would certainly do that if I knew lots more about that sort of thing. I really need to crack out some folklore books.

Thank you for reading and Happy Gaming!